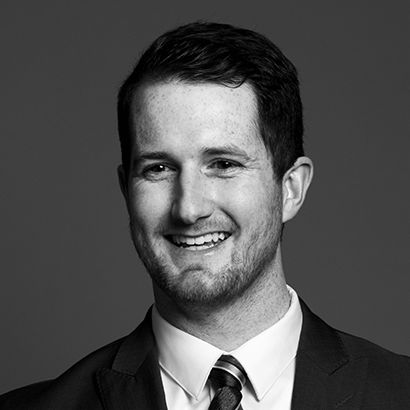 Patrick* arrived at the firm from the distant shores of Sydney, Australia, where he previously acted for health professionals facing complex malpractice claims and disciplinary proceedings. With this experience, he knows§ and understands the pressures facing all manner of professionals in today’s highly regulated environment. He offers pragmatic and sensible advice on a range of disciplinary, licensing, professional and regulatory concerns. His advice is attentive to not only the minutiae of the issue at hand, but also the bigger picture. Patrick has a long-standing interest in medicine‡ and the laws that apply to its practice. He appreciates the complex, and at times conflicting, reality in which medical practitioners practice, and is deeply aware of the sensitivity and discretion required when resolving medico-legal issues. Patrick works tirelessly, to ensure his clients feel assured in leaving their legal concerns in his hands so that they can focus on the things they do best: treating people. .

is counsel at Lenczner Slaght.

Patrick was awarded the 2010 Law Partners Compensation Award for the best performance in Medicine in the Law. Prior to commencing his career in law, Patrick worked as a freelance journalist and online producer for the Australian Broadcasting Corporation, and as a reporter and co-producer for 2ser Radio’s the law and social justice program, Radio Atticus.