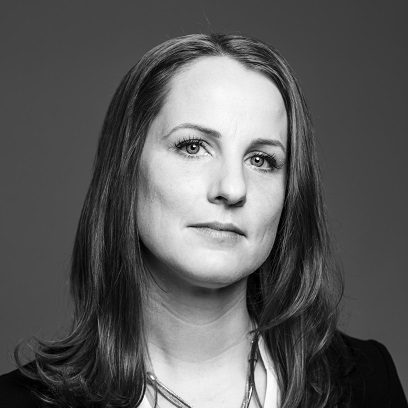 Shara* is a lawyer you can bet on, in even the toughest case. She is a cut-to-the-chase litigator, well versed in the complexities of commercial litigation, securities regulation and shareholder and transactional disputes. Shara secures§ the best outcomes for her clients thanks to her focused skillset, highly organized nature and take charge demeanour. Because of those skills, when she gets to a hearing, she’s a formidable opponent, respected by her colleagues and her opponents. Going above and beyond is how Shara gets results‡ outside of the courtroom too, giving her time to the next generation of lawyers inside the firm by leading our student program and outside the firm as a mentor to law students and young lawyers. Her reach extends to the broader community, where she co-steers an initiative on behalf of neo-natal care at St. Michael's Hospital, supports at risk women through the United Way’s Women United and is a champion for the Women’s Legal Education and Action Fund. All in a day’s work. .

"Shara Roy is an exceptional litigator. She is tough and aggressive, but always civil and a pleasure to work with. She understands and is able to manage difficult and complicated cases." — Chambers Canada

Shara appears before all levels of Court in Canada as well as administrative and regulatory tribunals, including the Ontario Securities Commission.  Shara is a member of the Securities Proceedings Advisory Committee, advising the OSC on issues affecting its tribunal proceedings.  Shara is a Member-at-Large of the Advocates Society Securities Litigation Practice Group and is an instructor at the Intensive Trial Advocacy Workshop through Osgoode Professional Development.  Shara is a regular presenter on advocacy, commercial litigation and securities.

In the community, Shara is a member of the Steering Committee for Malachy's Soiree in support of the Neo-natal Intensive Care Unit of St. Michael's Hospital and sits on the Engagement Committee of United Way Toronto’s Women United.  Shara is a committed advocate for diversity and inclusion in the legal profession, leading Lenczner Slaght’s ground-breaking name-anonymization hiring process.  Shara co-established and heads the Diversity and Inclusion Subcommittee at the Commercial List Users Committee for the Commercial Court in Toronto.