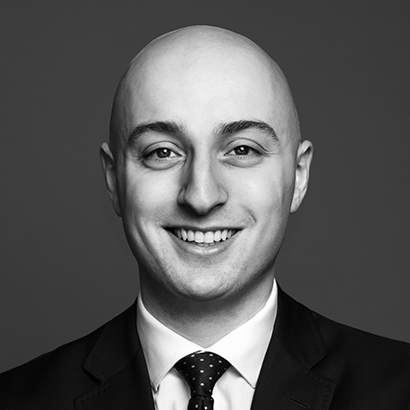 Last Friday, the Supreme Court of Canada released its long-awaited decision in the case of Moore v Sweet, and settled a troubling issue in the trusts and estates world: the case of the disappointed life insurance beneficiary.

The dispute in Moore v Sweet concerned entitlement to the proceeds of the life insurance policy of Lawrence Moore. Married for more than 20 years, Michelle Moore was the original beneficiary of that policy, with premiums being paid out of their joint bank account. On separation, the couple agreed that Ms. Moore would continue to pay the premiums, and ultimately be entitled to the policy proceeds. While Ms. Moore continued to pay those premiums, Mr. Moore later irrevocably designated his new partner Risa Sweet under the Insurance Act as the beneficiary of the policy. After his death, Ms. Moore brought an action for proceeds of the policy.

The applications judge ruled in favour of Ms. Moore, finding that the couple’s oral agreement constituted an equitable assignment of Mr. Moore’s interest in the policy, in return for payment of the premiums. The court held that the proceeds were held in trust for Ms. Moore on the basis of unjust enrichment.

The Court of Appeal overturned this ruling in a split decision. The majority held that there was no unjust enrichment. While there had been enrichment and deprivation, the irrevocable designation of Ms. Sweet as beneficiary provided a juristic reason for that enrichment.

The Supreme Court’s decision overturning the Court of Appeal’s, was split 7-2 with Justice Côté writing for the majority.

The majority agreed with the Court of Appeal that there had been both enrichment and deprivation of Ms. Moore, but charted a different course on the “juristic reason” issue. Justice Côté held that the irrevocable beneficiary designation under the Insurance Act did not constitute a juristic reason for Ms. Sweet’s enrichment, but not because the prior agreement had invalidated or taken precedent over that designation.

Justice Côté concluded that the Insurance Act could not be read as ousting the equitable rights that persons other than the designated beneficiary might have in the insurance policy, because legislation is presumed not to depart from prevailing law without expressing its intentions to do so with “irresistible clearness”. In the absence of such irresistibly clear statutory language, designated beneficiaries could not constitute a juristic reason for the enrichment.

As Justice Côté explained: “put simply, the statute required that the Insurance Company pay Risa, but it did not give Risa a right to keep the proceeds as against Michelle.” Thus, the prior contract had not overridden the beneficiary designation, but had created a situation of unjust enrichment which could be remedied after the payment had been made in accordance with the statute.

Consequently, the Court imposed a constructive trust in favour of Ms. Moore on the entirety of the policy’s proceeds, with Justice Côté carefully noting that the question of whether the Court’s earlier decision in Soulos v Korkontzilas had restricted the remedial constructive trust to incidences of unjust enrichment and wrongful acts or in fact expanded it to include “good conscience” trusts would be left for another day.

This decision provides important clarification of the law surrounding beneficiary designations and the interplay between statute, common law and equity, with consequences for trusts and estates litigation where designations have been made in contravention of previous agreements. It will also provide a measure of certainty in family law separation matters, as spouses will be able to rely more confidently on agreements regarding the designation of insurance proceeds, without fear that a surreptitious designation change will upend their financial future.