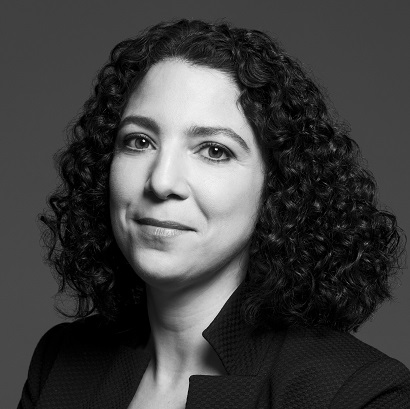 The Patented Medicine Prices Review Board (“Board”) regulates the prices of patented medicines in Canada when a patent is found to “pertain” to a medicine. Since 1996, based on the Federal Court of Appeal’s decision in ICN Pharmaceuticals Inc v Canada (Staff of the Patented Medicine Prices Review Board) (“ICN”), the “pertains to” test could be satisfied on the basis of the “merest slender thread” of a relationship between the patent and the medicine.

Not anymore. In Canada (Attorney General) v Galderma, the FCA walked away from that standard – or at the very least substantially altered the law as articulated in ICN – by requiring the Board to adopt a more stringent approach to the “patent pertains” question.

The decision carries significant implications for pharmaceutical companies, and an already embattled Board.

Galderma held a patent for the “Use of Adapalene” (“237 patent”). The claims of the 237 patent were directed to medicines having a 0.3% concentration of adapalene, i.e. Differin XP.

Board staff demanded pricing information from Galderma about Differin on the basis that the 237 patent was “an invention pertaining to” that medicine. Based on a review of certain passages from the patent’s description, but not the claims, the Board determined that the invention was not limited to medicines having a 0.3% concentration of adapalene. On that basis, the patent “pertained to” Differin.

On an application for judicial review by Galderma, the Federal Court quashed the Board’s decision for failing to consider the whole of the 237 patent in characterizing the invention. The Board appealed.

What is the Invention?

The FCA held that the Board’s cursory review of selected passages of the 237 patent was inadequate to determine the invention. Rather than reviewing the title, abstract and selected other passages, the whole patent (including the claims) ought to have been read. Although the Board was not obliged to – and, indeed, could not – interpret the patent claims as a court would do, it was required to determine the invention in a manner that the language of the patent could “reasonably bear”.

Does the Invention Pertain to the Medicine?

In an odd move, the FCA criticized the Board for following the FCA’s own prior decision in ICN, the leading case on the “patent pertains” issue and one that has been applied and followed in most (if not all) Board decisions on the question since 1996.

According to the statutory definition, an invention pertains to a medicine if it “is intended or capable of being used for medicine or for the preparation or production of medicine.” In ICN, in the course of interpreting that definition, the FCA found that there must be a “rational connection or nexus” between the invention and the medicine and that the nexus can be “one of the merest slender thread”.

In Galderma’s case, the FCA held that the Board, in using the language of “rational connection or nexus” and “merest slender thread”, failed to apply the correct test. The Court observed that the “slender thread” metaphor from ICN, while perhaps helpful to express the possibility that a relationship between the invention and a medicine may be tenuous, cannot supplant the statutory definition. The relevant question for the Board is “whether the invention is intended or capable of being used for medicine, and not whether there is the merest slender thread of a connection.” Interestingly, despite apparently reversing itself, the FCA made no mention of legislative intent or the policy questions surrounding market power and competition, both of which had animated its reasoning in ICN.

Ultimately, however, the FCA allowed the appeal. The Board had evidence before it that Differin and Different XP were clinically similar, but the question of “what kind of clinical similarities would support a finding that [Differin XP] was intended or capable of being used for [Differin]” was not addressed. The FCA held that the Board should be allowed to answer that question on the basis of a proper interpretation of the invention of the 237 patent.

Without explicitly overturning ICN, the FCA has delivered two significant blows to the jurisdiction of the Board: