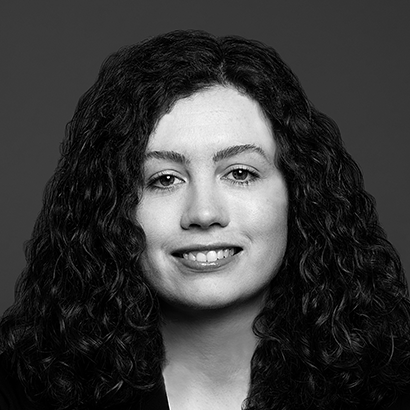 On March 30, 2020, Justice Belobaba of the Ontario Superior Court released his decision in Fresco v Canadian Imperial Bank of Commerce, a summary judgment motion in a class proceeding relating to unpaid overtime under the Canada Labour Code. All federally regulated employers should take note of the direction of the court in the decision regarding overtime policies. The decision also provides an early sign of the difficulties that plaintiffs may face in obtaining remedies in class proceedings where the damages inquiry is highly individualized.

The claim was commenced in June 2007 on behalf of a class comprised of customer service employees of CIBC employed between February 1993 and June 2009. The substance of the claim was that CIBC’s overtime policies and record keeping of hours worked contravened the Canada Labour Code (“CLC”), and that class members were not compensated for all overtime hours they worked. Both the Ontario Superior Court and the Divisional Court initially declined to certify the claim as a class action, but the Ontario Court of Appeal allowed the appeal and certified the proceedings. Following the directions given by the Court of Appeal on the certification appeal, the claim was framed as a systemic challenge to the policies and record keeping of CIBC.

The CLC provides that the standard hours of work for an employee in a federally regulated business is eight hours a day or forty hours in a week. Section 175 of the CLC provides that an employee shall be paid at least 1.5 times the regular rate where the employee is “required or permitted” to work in excess of the standard hours of work. The regulations provide that every employer shall keep certain information for at least three years after work is performed, including the number of hours worked by an employee each day.

A key issue in the case was whether the defendant “permitted” its employees to work over eight hours a day. At the relevant times during the class period, CIBC’s written overtime policy provided that overtime had to be approved in advance before payment was to be made (in latter years, the policy had an exception where payment could be made without pre-approval in extenuating circumstances). Justice Belobaba held, relying on case law in the labour relations context as well as provisions in other employment statutes, that “permitted” means “allowed to work”. The issue for the court then became whether the bank “allowed” its employees to work over eight hours a day, without providing proper compensation.

Justice Belobaba found that CIBC’s overtime policies contravened section 174 of the CLC. He reached this conclusion based solely on the wording of the written policies, as they required pre-approval of overtime, and in later years permitted post-approval of overtime “in extenuating circumstances”. Although there were several affidavits on the motion which suggested that some branch managers may have signed off on overtime claims under the earlier policy, even though the claims had not been formally pre-approved, this did not negate the fact that, in Justice Belobaba’s view, the policy itself was in contravention of the CLC.

Similarly, when Justice Belobaba also found that the bank systematically failed to record the actual hours worked by class members, the evidence which disclosed that actual hours may have been recorded for some employees on some occasions did not negate the fact that there was no system in place to ensure that worked hours were recorded.

In the result, Justice Belobaba granted summary judgment to the class on a number of common issues. He deferred argument on common issues relating to the remedy to a later date.

Justice Belobaba provided some directions for what a CLC-compliant overtime policy looks like in his view. The decision makes clear that “overtime must and will be paid whenever overtime hours were required or permitted, full stop.” Overtime policies in federally regulated industries cannot require pre-approval of overtime as a prerequisite for payment. However, the decision also points out that an overtime policy can propose pre-authorization as the preferred corporate norm provided that the policy also makes it clear that pre-approval or “post-approval in extenuating circumstances” is not a precondition for payment. That pre-approval is not required for payment should be clear from the wording of the policy itself, as this decision makes clear that it is the wording of the overtime policy that will be considered by the courts, as opposed to its application in the workplace.

In reaching these conclusions, Justice Belobaba relied on a number of labour law authorities. This is an area that would benefit from further guidance and clarification from appellate Courts.

This decision, if followed by other Courts, may impose challenges for federally regulated employers in particular. A general direction to employees not to work overtime unless pre-approved may be insufficient.  Rather, under this decision, employers will have to take more active management steps to ensure that employees are not in fact working overtime in order to ensure that such employees are not “permitted” to work overtime.

The Challenge of Remedy in Unpaid Overtime Class Actions

The parties agreed to deal with the issues of damages following the release of the liability decision, and so the question of whether aggregate damages can be awarded is left for another day. Justice Belobaba cautioned that “the plaintiff will face significant challenges in common issues 6 to 8 that deal with remedies and damages.” Presumably, while the liability issues can be dealt with on a systemic basis, the possibility for deciding the common damages issues on a systemic basis is less clear.

In the Court of Appeal’s certification decision in the parallel Fulawka overtime class action decision, the Court of Appeal refused to certify a common issue on aggregate damages as the quantum of damages could not reasonably be determined without proof by individual class members. In that decision, the Court of Appeal relied heavily on the fact that the records of the amount of unpaid overtime work that class members were required or permitted to perform were either incomplete or non-existent, as the propriety of the record keeping for records of hours worked was a common issue. Such is the case in Fresco. It may be the case that the individualized evidence, which the Court was hesitant to take into account in considering questions of liability, will be highly pertinent to the issue of damages.